This is the sixth of a six-part series of articles (click for direct link to Part 1).

It’s the story of my yearlong experience as an employee of the National Captioning Institute (NCI), a live television caption provider. During that challenging year (which started in October of 2015), I participated in the attempts of some of my fellow NCI workers’ to bring in a union called the Communications Workers of America (CWA). This led to NCI dismissing me from my job for what CWA claimed was an unlawful reason, which then led to a court hearing in front of a federal judge where I was represented by a National Labor Relations Board (NLRB) lawyer.

What was at stake?

A judgment against us meant it was okay that NCI fired me because I was indeed a egregiously disloyal worker who didn’t deserve to keep his job.

Only time (a whole lot of time) would tell.

Part 6: The judge rules and the appeals begin

It takes the judge over four months to come to a decision.

And then, oh boy…let the appeals begin.

NLRB has a website that tracks the progress of the hundreds (if not thousands) of cases it has ongoing.

Our case has its own dedicated page, and I would click on it every day for four months to see if and when our judge finally ruled.

And then on September 18, 2017 the link we’d all been waiting for finally popped up:

The judge had ruled, and now the NLRB had officially posted it for the world to see.

Again, what was at stake?

A judgment against us meant it was okay that NCI fired me because I was indeed an egregiously disloyal worker who didn’t deserve to keep his job.

One click and I’d know which of the opposing truths the judge had believed.

Thankfully, the judge ruled in favor of my truth.

My wife and I could not have been happier at what the judge had to say about my case.

In the federal administrative law judge’s own words:

“NCI failed to demonstrate that it would have issued Lukas a written warning absent his Union activity.

First, he did not knowingly breach a duty of loyalty. He was never given official notice that the unique meeting, which he casually called on his day off, was confidential.

Third, the legitimacy of his written warning is further undercut by the substantial level of Union animus present herein.

Fifth, NCI’s inexplicable unwillingness to cross-examine Lukas following his very strong direct testimony deeply bolstered all aspects of his testimony. Simply put, the legal decision to leave wide patches of testimony on several key points virtually unchallenged amounted to a concession that he should be credited over [the COO] on such points.

Sixth, NCI’s failure to conduct a comprehensive investigation of his actions, by minimally interviewing him about his rationale before meting out punishment delegitimizes its actions.

Or put another way, an evenhanded employer would have first completed a comprehensive investigation before issuing discipline. NCI’s decision to shoot first and ask questions later rendered its actions suspect.

Finally, the fact that NCI had the very obvious option of just counseling Lukas about this unique scenario without disciplining him, given it was likely aware of the effect that such discipline might have on his post-closure retention suggests invidious treatment.

In sum, based upon the foregoing reasons, i.e., many of which suffice in isolation, NCI failed to show that it would have issued Lukas a written warning, absent his Union activity. His written warning was, therefore, unlawful.

His termination, which solely flowed from his unlawful warning, was, thus, unlawful.”

Bottom line, the judge sided with my truth, and as a result he’s ruled that NCI has to:

A ruling which, as predicted, NCI’s lawyer promptly appealed.

DRAG IT OUT, WHY DON’T YOU?

First, they filed exceptions to the judge’s ruling, which my lawyer responded to.

Then NCI’s lawyer filed cross-exceptions to that response, which my NLRB lawyer promptly answered.

NCI’s lawyer then offered a reply brief to those answers to which my lawyer then answered.

That took three months to complete, and now we’re just waiting for the appeals judge to rule.

It’s been a year and a half since my last day of NCI work.

Both my NLRB lawyer and my CWA union rep say this is a normal amount of time for a federal case like this to take.

And during this entire process, both of those organizations have been checking in with me regularly and making sure that my family and I are okay.

They continue to send me those weekly relief checks, and with every thank you I give them they return and even bigger, “No, thank you,” and remain grateful that I remain willing to go through with all of this.

Without the CWA and the NLRB, I’d still be stuck working a low paying job for a company 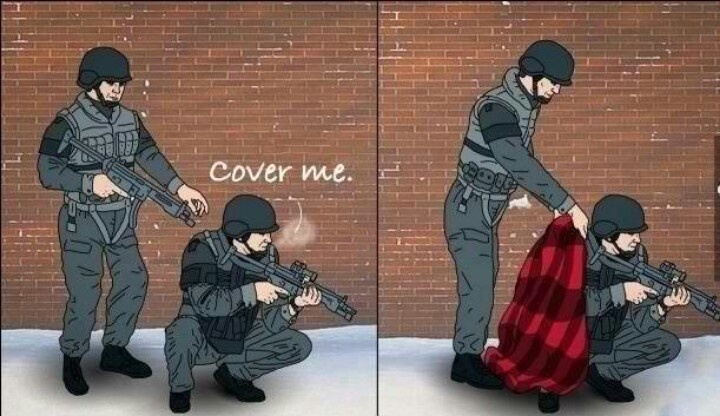 whose upper management thinks nothing of persistently overusing and underpaying its uniquely talented workers knowing there’s not a thing they can do about it except quit.

With zero hesitation, I can say that both of these organizations have fought for my rights as a worker from beginning right up to now.

I’m convinced that the CWA can help NCI voice-writers negotiate a fair contract on which both sides can agree, one that establishes a basic set of ground rules between NCI and its workers so that both sides feel protected from unfair or unlawful labor practices.

But until there’s a final ruling on my case as well as Marie Juarez’s similarly important case, those still voice writing at NCI must continue to survive with the way things are.

Many of my voice writing friends couldn’t take it anymore and have finally moved on from the job.

If the appeals judge rules in our favor, then the hope is the voice writers who remain at NCI will begin to believe that allowing a union to negotiate a contract isn’t a job ending decision.

If the appeals judge rules against us and the previous positive ruling, then my fear is that there will never be a union at NCI.

Because if we lose, then only a fool would associate with an organization that has failed to protect its potential members from losing their jobs.

If, for a second time, they rule in our favor, though, my hope is for a quick pathway to a CWA negotiated contract.

I took the time to write this story and publish it here as an unsolicited payback to the CWA and the NLRB.

Now everyone concerned can read the whole truth about what happened in my case – how NCI unlawfully fired me and how both the CWA and the NLRB have had my back – and make up their own mind about unions, regardless of what ‘other truth’ NCI upper management would prefer they believe.

And after reading my story, maybe the voice writers still surviving at NCI will see that the CWA and the NLRB truly do and will have their backs, too.

After this case is officially over and won, NCI voice writers who remain can, without fear, vote to have CWA negotiate a fair contract for them.

A contract that will prevent NCI from continuing to take advantage of the voice writers’ understandable desperation to keep their jobs,

and of the voice writers’ unwavering commitment to making sure viewers with hearing difficulties get their captions, no matter what,

and of the voice writers’ truly kind-hearted nature, a quality which causes these amazing workers to always pitch in and help out whenever needed, even at their own expense.

But for now, all any of us can do is wait.

This part will be written once the final appeals ruling is in and the NCI vs. CWA story is complete.

One thought on “NCI v CWA: Part 6 of 6 – The judge rules and the appeals begin”