This is the fifth of a six-part series of articles (click for direct link to Part 1).

It’s the story of my yearlong experience as an employee of the National Captioning Institute (NCI), a live television caption provider. During that challenging year (which started in October of 2015), I participated in the attempts of some of my fellow NCI workers’ to bring in a union called the Communications Workers of America (CWA). This led to NCI dismissing me from my job for what CWA claimed was an unlawful reason, which then led to a court hearing in front of a federal judge where I was represented by a National Labor Relations Board (NLRB) lawyer.

What was at stake?

A judgment against us meant it was okay that NCI fired me because I was indeed a egregiously disloyal worker who didn’t deserve to keep his job.

Only time (a whole lot of time) would tell.

PART 5: The hearing’s held and the rat’s exposed

The judge finally hears our case.

Both sides get a chance to testify and in the middle of it all the identity of the NCI Facebook rat is exposed.

MAKING A FEDERAL CASE OUT OF IT

The hearing finally took place May of 2016 at the NLRB building in Ft. Worth, TX in front of a federal judge and his court stenographer.

NCI’s Chief Operating Officer (COO) was there in the courtroom, as well as my boss’s boss the Director of Production (DP) and a few other members of the NCI management team.

Their two corporate lawyers, a serious looking man and woman, were impeccably dressed with leather briefcases and well-rehearsed smiles and they laughed and bantered with the judge before the hearing officially began.

This was obviously not their first rodeo.

By contrast, my NLRB lawyer’s suit looked a little slept in, giving him a disheveled

appearance that was hardly improved by the random stacks of disorganized folders and papers that surrounded him.

He sat there alone, schmoozing nobody.

For a moment I worried that we were about to be outmatched or even embarrassed by NCI’s legal team and I emotionally prepared myself for a possible slaughter.

And then my lawyer did his thing.

Ever watch a professional musician or athlete do their gig up close? How when it’s go-time their whole being snaps into a zone of high-level performance?

That’s exactly what my lawyer did as he began to present our case.

I’d never seen a union lawyer work before, but my guy was thoroughly impressive.

For example, there’s a rhythm to getting evidence submitted. My lawyer did this dance smoothly for well over forty items and it was fun to watch.

First, he introduced each piece of paper or electronic evidence while he handed copies to the clerk, the judge and the opposing lawyer.

Then, each time, he had to ask the judge to have it included in the hearing and if there were no objections the judge would announce it included and put it in the stack.

This little dance was done close to fifty times in a row, which could have been dreadfully time consuming and tedious, but since everybody knew their part it went quickly.

Despite his surface appearance, my lawyer proved to be highly organized and was fully prepared to do the dance.

As further proof of this, when he finished, the male corporate lawyer on NCI’s side stood up, curiously excused himself from the case and abruptly walked out.

Never found out why.

And then the other NCI lawyer took her turn.

Never judge a book by its cover, they say, and the professional and seasoned looking NCI lawyer who remained was certain proof of this.

Unprepared, disorganized and at times a complete bumbler, this woman turned out to be somewhat horrible at doing just about everything, but especially the evidence dance.

And given that she had even more evidence items to introduce than my lawyer had, it became a frustrating and time consuming thing to watch.

Too many times she’d forget to hand out copies of the evidence she was presenting and the judge would have to stop everything and ask her for them.

And it repeatedly slipped her mind that she had to ask the judge each time to include that piece of evidence and she kept starting to move onto the next piece without doing that.

The judge had to interrupt her many times and remind her of the proper steps that must be taken.

Finally the judge had to say, “Counselor, it is not my job to help you present your case.” 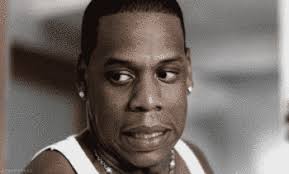 After that, every time this lawyer was about to move on without asking the judge to submit that evidence, NCI’s COO would have to lean over and whisper a reminder to her.

This happened so many times that at one point the judged joked multiple times that the lawyer now had herself a ‘little helper’.

Judging from the expression on her face, the COO was not amused by her new role as the silly sidekick ‘little helper’ to the woman she was paying by the hour.

Once both sides submitted all of their evidence, it was NCI’s turn to present their witnesses’ testimony.

Their COO went first, and her testimony was obviously scripted. She never took her eyes off her lawyer who had to completely guide and re-correct her through what she was saying.

At times her voice sounded nervous and her eyes would look shifty (she rarely glanced at the judge), but she did her very best to paint me as an incompetent worker who did the unthinkable by letting an outsider listen to a top secret company meeting.

By the time she was done, I have to admit I almost felt sorry for NCI for having to endure such a horrible worker as me.

Then my lawyer cross-examined her.

My guy took down her testimony point-by-point with the evidence that he had already submitted and refuted every single negative thing she had said about me.

Multiple screen shots of blatantly contradictory emails and texts that were undeniably hers.

It was magnificent to watch, like in the movie Good Will Hunting when Matt Damon steps in front of Ben Affleck and totally slams the drunk Ivy Leaguer who had been belittling his friend at the bar.

By the time my lawyer was done, he might as well have asked her, “How do you like them apples?”

And the same thing happened with their second witness, my boss’s boss.

Just as with the COO, anything factual the DP said was allowed to pass, of course, but for every negative opinion or observation she sputtered my lawyer again countered it with a screenshot of an email or a spreadsheet that contradicted what she’d just said.

To be honest, watching these two ladies who were technically my enemies at this hearing back-scramble all their accusations and allegations and incorrect assessments was thoroughly satisfying to me.

Finally, someone, a lawyer no less, to professionally contradict the false things they’d been saying all along about me all done on record in front of a federal judge.

MY TURN TO SPEAK

The next day it was my turn to testify.

Once the judge swore me in, my lawyer and I began to enact the ingenious plan we’d concocted for giving the best testimony possible: telling the truth.

With very few questions from my lawyer, I proceeded to look the judge square in the eye and tell him everything that had happened that had led to my firing.

In other words, everything contained in this story.

We didn’t break eye contact as I explained how the need to learn punch-back had interrupted my class’s voice echo training and affected all of our ability to pass the IOA test in a timely manner.

I told him about the unacceptable work conditions that led us to seek the help of CWA.

I explained why my zoo friend had been allowed to listen in on that work speakerphone meeting and how nobody had said a word about that not being allowed.

And the judge listened.

He never looked bored, he asked a lot of great questions and seemed genuinely interested in what I had to say.

And as a retired performer, I said it well.

In fact, at the break my friend whispered to me that NCI’s lawyer had looked mesmerized by my words and that made me laugh.

Then after we resumed the hearing and I returned to the stand for cross-examination, their lawyer said something that stunned the entire room.

“No further questions, your honor.”

Apparently, my confident presentation and comfort level with the truth had mesmerized NCI’s attorney.

My job was done.

OUR CASE IS PRESENTED

For the rest of the hearing, using plain and solid evidence my lawyer showed that:

That last one was interesting because as proof my lawyer showed emails between a woman in our Facebook group who we all trusted and my boss’s boss about what had been discussed in the group and who had been doing the discussing.

We had our rat.

Finally, the source of the leaks had been revealed, but there was no real joy in discovering that the snitch was someone our group had considered a friend. She knows who she is and what she did and she’ll have to live with that forever.

Our union rep had warned us that this might happen, but until there was such obvious proof, such blatant treason among our co-workers didn’t seem possible.

The other revelation that occurred was a result of getting to read the evidence emails that the COO had sent to various workers about the pro-union group.

In the messages, she kept painting us as a group of bottom tier workers who couldn’t cut the mustard and wanted a union to back them up instead of getting better at their jobs.

She essentially began telling everyone she could that the last thing any good worker should want is to be associated with these union knuckleheads.

None of what she was saying was true, of course, but seeing all those emails helped me to understand why nobody had been answering our calls about the union.

Yet another classic union busting tactic, according to our rep.

And my NLRB lawyer remained unaffected by any objections made or negative testimony given throughout the rest of the hearing because he was fully prepared at all times.

He repeatedly used visual evidence against their hearsay and for every negative accusation they brought up he showed the judge an email or text they’d written that contradicted the exact thing they’d just said.

It was incredibly fun to watch.

The hearing finished up by seven o’ clock at night on the second full day.

We weren’t going to find out how the judge ruled for at least a few months after both lawyers submitted their post-hearing briefs, which weren’t due for another month. And that ruling would only stand if there were no appeals, which my lawyer said was highly unlikely.

As we shook hands and went our separate ways, I felt good about how the hearing went.

t seemed obvious to me that my lawyer totally kicked their lawyer’s butt.

Unless this judge is in someone’s pocket, which I completely doubted, I believed after this hearing he had to have been able to see that my truth was the one that actually occurred.

In the meantime, all any of us could do was sit back and wait.

NEXT: Part 6 – The judge rules and the appeals begin

It takes the judge over four months to come to a decision.

And then oh, boy…let the appeals begin.